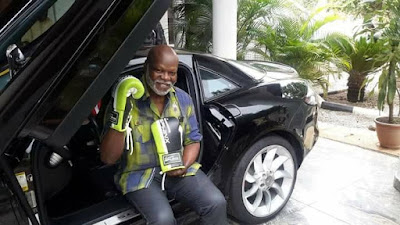 The Lagos State Governor, Akinwunmi Ambode, had as part of the 50th year anniversary of the creation of Lagos State invited Holyfield, a five-time World Cruiserweight and Heavyweight boxing champion, for a scheduled boxing match with a former governor of the state, Bola Ahmed Tinubu. The Nigerian boxing legend, lamented on his Facebook page that he would have been invited for the boxing showcase instead of the American because of his contribution to the economy of Lagos and Nigeria. 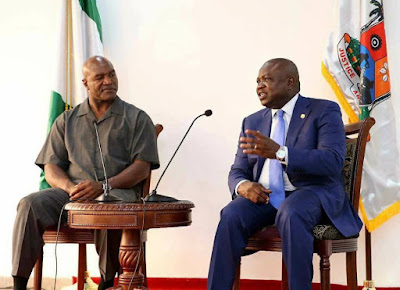 “I was born and raised in Lagos. I am a world boxing champion, I have contributed to the economic growth of Nigeria through sport and I was rewarded with the highest national honour ever given to a Nigerian athlete, Officer of the Order of the Niger (OON).

American former world boxing champion, Evander Holyfield is in Lagos as a special guest of the government to celebrate Lagos at 50 and I am not invited. The labour of our heroes past shall never be in vain…lol,” . 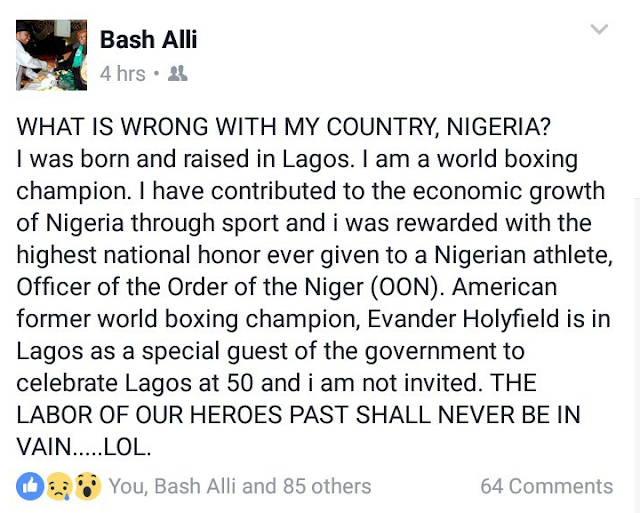 See Photos Of The UNN Student Who Killed Himself Before His Tragic End..

Recent Photo Of Pa Akinkunmi, The Man Who Designed The Nigerian Flag…