A pigeon has been caught with almost 200 ecstasy pill stashed in a backpack. The bird was captured by authorities in Kuwait, having flown over from Iraq. Pigeon was reportedly sent by traffickers hoping to get the drugs into Kuwait 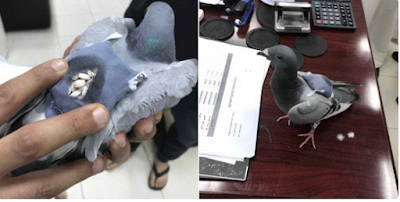 Pictures of the pigeon after its ‘arrest’ show the the grey bird and the bag on its back. Once the backpack is opened up, close to 200 small, white pills can be seen spilling out. The bird was caught by authorities after being spotted flying around an inner-city office block. The plight of the pigeon has captured the attention of the internet, with users calling it a ‘flight risk’ and urging authorities not to grant it bail. 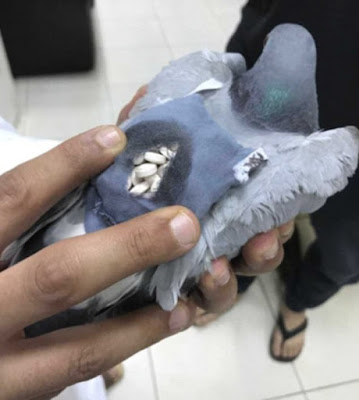 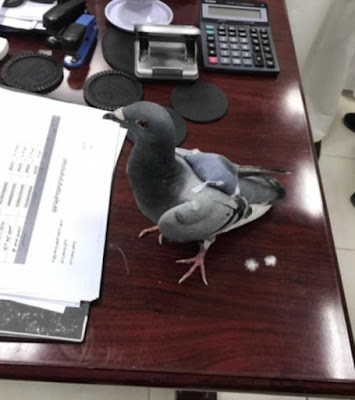