Chelsea midfielder N’Golo Kante landed the prestigious Professional Footballers’ Association player of the year prize on Sunday night. The Frenchman, who is set to win a second successive Premier League title after also being part of the Leicester side which upset the odds last season, secured the most votes from his fellow players. 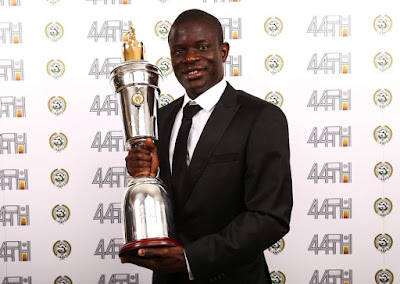 The Frenchman, who is on course to win a second successive Premier League title after also being part of the Leicester side which upset the odds last season, secured the most votes from his fellow players. He saw off competition from Chelsea team-mate Eden Hazard – who won the award in 2015 – plus Tottenham’s Harry Kane, Everton striker Romelu Lukaku, Zlatan Ibrahimovic of Manchester United and Arsenal’s Alexis Sanchez. Kante said: “To be chosen by the players to be player of the year means a lot to me. “It means the world to be chosen and it’s been two beautiful seasons, one with Leicester, and we are in good form with Chelsea. To be player of the year, it’s a great honour.” 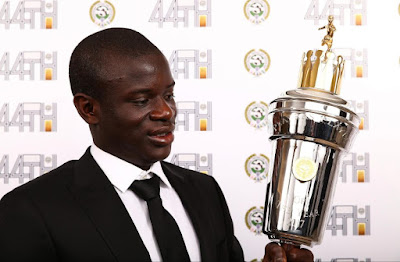 On his move from Leicester to Stamford Bridge, Kante continued: “It’s a different type of playing, but with the manager, with the players, everything is easy, because we work a lot to be good in the games. It’s working very well.” Asked about the influence of boss Antonio Conte, the former Boulogne and Caen player said: “He knows what he wants from the players. Tottenham midfielder Dele Alli won the young player prize for the second successive season, Manchester City’s Lucy Bronze won the women’s player of the year award for the second time having also won it in 2014, and Birmingham’s Jess Carter topped the voting in the women’s young player category. 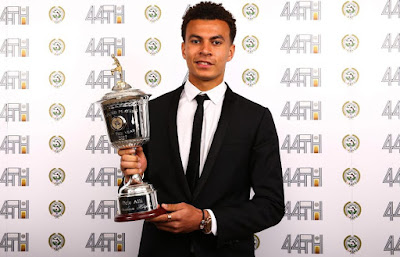 Former England captain David Beckham received the PFA’s Merit award for his contribution to the game. 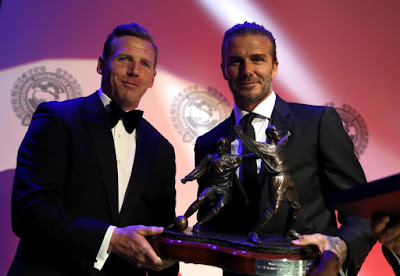 Nigerians React After Gov Wike Was Spotted Sleeping At A Rally In Rivers.. Photos