A young chess grandmaster fell to his death in an apparent parkour accident, after he attempted to jump between balconies in Moscow. According to Russian news reports, 20-year-old Yuri Eliseev died late on Saturday night after falling from the 12th floor of his apartment building in Moscow. 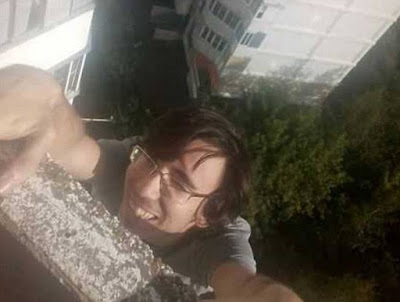 Eliseev was the world under-16 chess champion in 2012 and was given grandmaster status at age 17. The reports said Eliseev died while trying to reach the balcony of a neighbouring apartment. He was described as a practitioner of parkour, or free-running, which involves climbing, jumping to difficult perches and acrobatic moves. Close friend and fellow chess player Daniil Dubov wrote on his Facebook page: ‘That night was tragically killed a close friend, a brilliant chess player and an analyst, one of the most talented people I know.’ 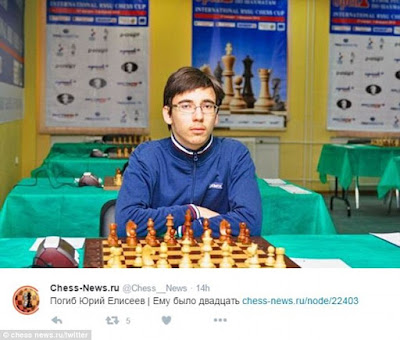 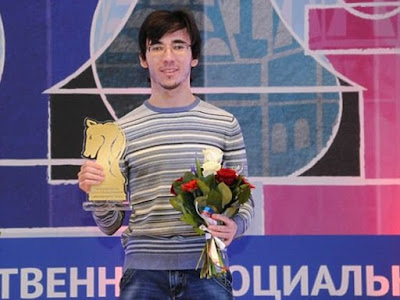 Bride And Groom Stop Their Wedding Ceremony So They Can Watch TV Show. Photos