The National Youth Service Corps member, Mr Toriseju Lodge who was shot dead at Oghara in Delta State by a suspected cultist in front of his apartment (see HERE) has been laid to rest amid tears. The Youth Corper who was serving in Imo State was said to have return to his rented apartment in Oghara, where he has been staying as a student of Western Delta before passing out to celebrate Easter with friends when the gunman who was said to be wearing a mask, struck -shooting him multiple times. 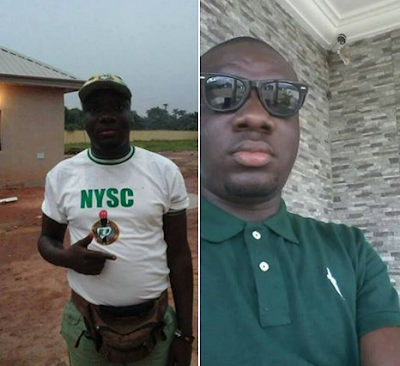 The corpse was decorated with NYSC corpers uniform as his fellow corpers reportedly refused to take refreshments due to the sad way the the young man died. 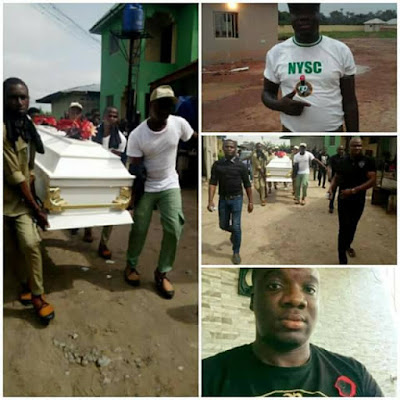