Farmers from the southern Indian state of Tamil Nadu, who have suffered from two successive years of drought, started drinking their urine in a protest staged in New Delhi on Saturday. Their unusual action received an official response on Sunday, as Edappadi Palaniswami, the Chief Minister of Tamil Nadu, visited the protesters and urged them to stop. 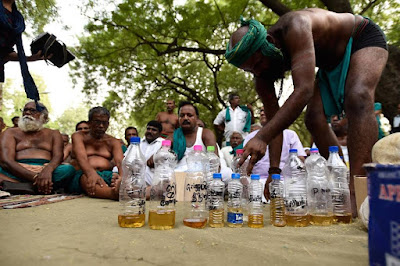 The farmers are victims of a major drought, following the lowest rainfall levels of the last 140 years. On January 11, 2017, the local government in Tamil Nadu declared all districts of the state drought-hit. For the past 40 days, the protesters have set up camp in New Delhi to demand loan waivers and a relief package of 61 billion US dollars to compensate their losses, according to Xinhua. 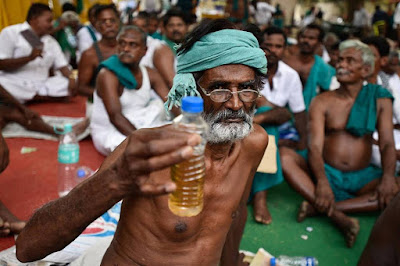 To make their voices heard, the farmers have resorted to extreme measures to attract attention, from wearing human skulls to eating grass, mice and snakes. “The Indian government is not giving us water. So we have no other way but to consume urine,” P Ayyakkannu, the man heading the protest said, claiming that their action was to draw the federal government’s attention. He claimed that “in order to wake up the government,” they would eat their own faeces if nothing was done. 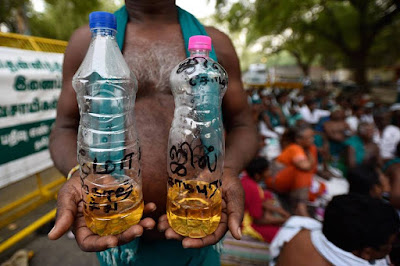 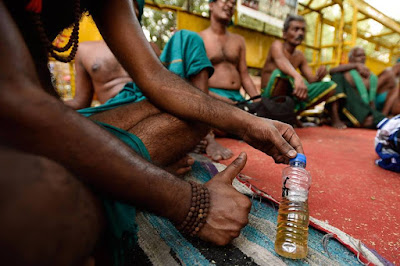 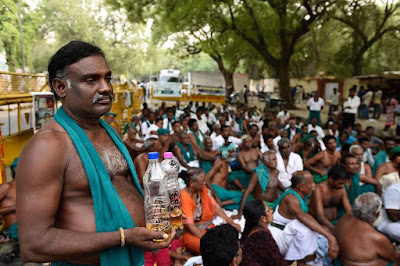