But, another model, Judit Benavente, responded with her own series of saucy snaps to celebrate the nail-biting win sealed with a Messi goal in injury time. Benavente, from Catalonia, posted snaps of herself with just the Barcelona scarf covering her breasts.

Benavente describes herself as a professional model and Playboy girl having featured on the cover of Interviu magazine, one of the biggest publications in Spain. Both fans’ pictures celebrating Barcelona’s sensational 3-2 win in the Santiago Bernabeu stadium last two weeks went viral. 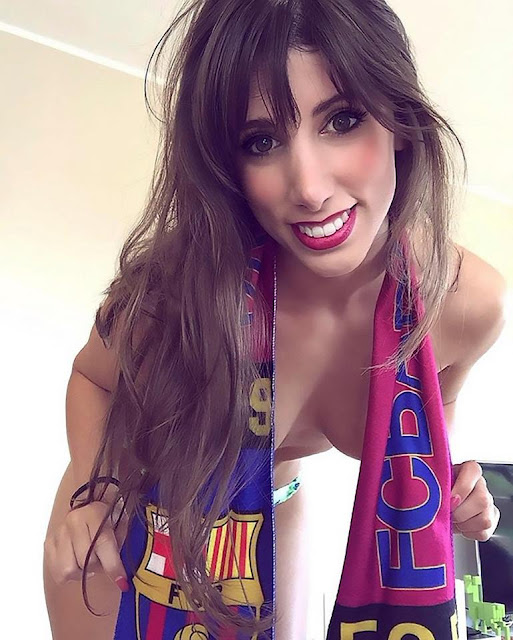 Photos; See How A Thief High On Weed Posed For The Camera After He Was Arrested In Lagos

Woman Beaten By Angry Passengers After She Was Caught Trying To Kidnap Baby On A Bus. Photos