The Ibadan Zonal Office of the Economics and Financial Crimes Commission, EFCC, on Tuesday, 11th April, 2017 arraigned one Omoniyi Ajibade Saheed before Justice N. I. Afolabi of the Federal High Court sitting in Ilorin, Kwara State on a six-count charge bordering on offences contrary to Sections 6 and 8 (b) of the Advance Fee Fraud and other Fraud Related Offences Act, 2006 and punishable under Section 1(3) of the same Act. 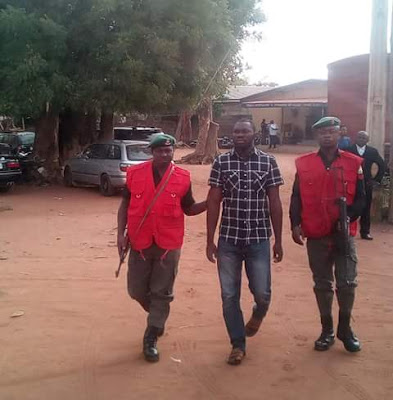 The defendant, however, pleaded not guilty to the charges. In view of his plea, the prosecution counsel Harrison S. M. Ibekwute prayed the court for a trial date and the remand of the defendant in prison custody. However, counsel to the defendant, Sulyman Abaya informed the court of an application for bail. But the prosecuting counsel told the court that he was served late on Friday, 7 April, 2017 and was only able to file a courter affidavit this morning. Sulyman also raised an objection to the charge stating that there is no time of offence stated in the face of the charge and thereby urged the court to strike out the charge. In opposing, Ibeawute urged the court to discountenance the defense’s objection stating that time is of no essence here and that time is stated in the proof of evidence. He further told the court that the defendant opened a fraudulent Facebook account which he operated upon 24 hours a day and 12 months a year and was not restricted by time. Justice Afolabi after listening to arguments of both counsels ruled that the bail application filed by the defense is not yet ripe for hearing because the counter affidavit of the prosecution was not yet before her. She however ordered that the defendant be remanded in prison custody pending the hearing of the bail application. 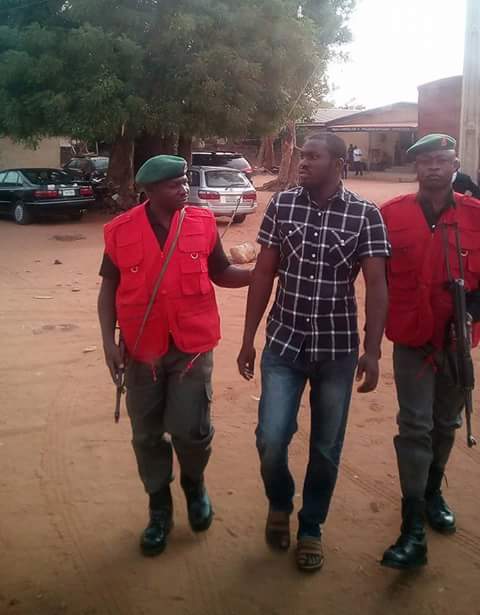 Omoniyi, 24, who hails from Offa, Kwara State, began his journey to the dock following his arrest over his alleged fraudulent activities reported to the Commission through a petition by a popular Lagos-based Sheikh, Sulaiman Faruq Onikijipa alleging that he had been impersonating him on the social media platforms and has using same to extort money from several unsuspecting members of the public to the tune of over N11 million. Omoniyi’s modus operandi was to converse on the internet with followers of the Sheikh, urging them to donate to a cause and pay into an account purportedly opened by the Sheikh. He was arrested on March 14, 2017, on his way to withdraw the latest inflow of N1 million into the fraudulent account.

The matter was adjourned to April 25, 2017 for hearing of the bail application and ruling on arguments of counsels.

Catholics Whip And Crucify Themselves As They Seek Forgiveness In Ritual. Graphic Photos