Students had to step in to separate their teachers who engaged themselves in a big fight. In a footage posted online, the young students at Stone Mountain Middle School in the US city of Atlanta, Georgia, were seen desperately trying to break-up the brawl but with little success. 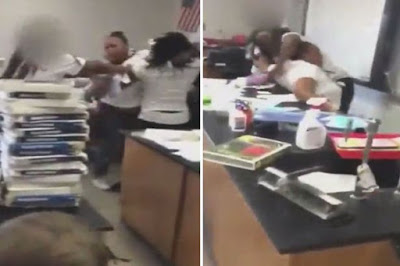 Screams can be heard from the stunned students before another member of staff eventually arrives on the scene and breaks up the fight. Both the teacher and the assistant have been sacked from the school and charged with disorderly conduct in a public space. The school released a statement blasting the two former employees. The statement read: “The interaction and conduct in the video is completely unacceptable and contrary to our district’s tenets and core principles. “Those staff members that participated in the conduct have been removed from the learning environment.” 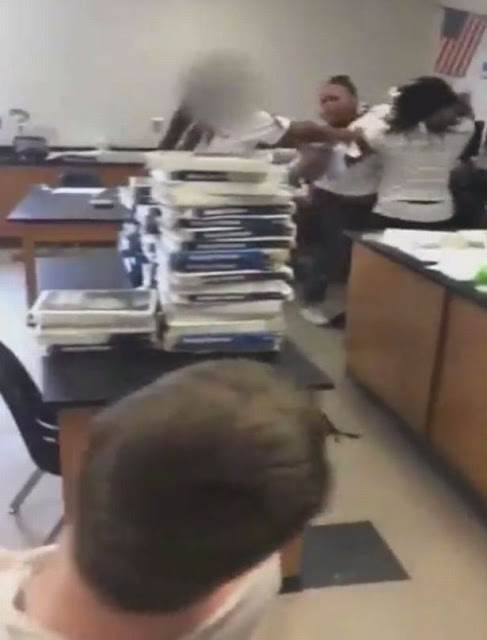 Parents questioned in interviews with local media what kind of example the chaos set their children.

Meet Another Beautiful Female Firefighter Who Has Won Hearts Of Online Users. Photos