A man was killed when he fell into the water carrying an electric fishing rod he had invented himself. Kamal Siada, 41, was using the makeshift rod to catch fish in a drainage ditch in the Malaysian city of Sandakan last night. But he fell into the stream in the Kg Mangkalinau squatter camp and was electrocuted. 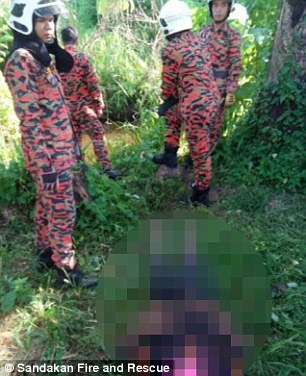 Sandakan fire and rescue chief Anddre Andrew told The Star newspaper: ‘He had used electric wires to wrap around a stick and turn it into a electrical rod. There was even an on and off switch to go with it.’ Mr Andrew added: ‘The villagers pulled his body out of the ditch while waiting for help to arrive.’ The electric fishing rod allowed him to stun the fish, making them easier to catch.

But the improvised device was absolutely deadly when in contact with water.

Photos; See The Deplorable State Of A Functional School In Maiduguri.