The Defence Headquarters has urged Nigerians to be wary as fleeing members of the Boko Haram terrorists from the Sambisa forest now disguise as menial workers, infiltrating villages in the North East. 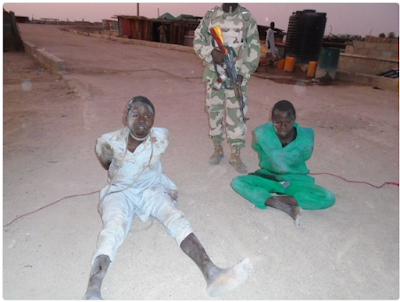 A statement by the acting defence spokesman, Gen. Rabe Abubakar on Tuesday in Abuja, said the escaping terrorists did that to attack communities and towns in the region. “Available information indicates that some fleeing Boko Haram terrorists are now disguising as menial workers to melt into communities and towns with a view to organising terrorists attack against our innocent citizens. “The unfortunate recent incidents in Madagali and Maiduguri are instructive. “The Defence Headquarters therefore advises citizens to be on the alert and be wary of these tricks of the defeated terrorists who are hell-bent on remaining relevant inspite of their lost battle,” the statement said. According to it, the sensitisation becomes necessary now to create security awareness to our citizens to be conscious of some strange faces that can take menial jobs in their communities or towns, especially now that festivities are around the corner.

‘It Was Drama The Day My Husband Discovered I Drive Danfo In Lagos’ — Woman Reveals. Photo