The wife of Lagos State Governor, Mrs. Bolanle Ambode, has sought for closer cooperation and better understanding among residents of the State, just as she attributed the steady development of Lagos through present and past leaders to divine guidance. The First Lady stated this at the marathon Musical Concert, organized by the Golden Jubilee Praise Crew, as part of activities to celebrate the 50th anniversary of the creation of Lagos State. 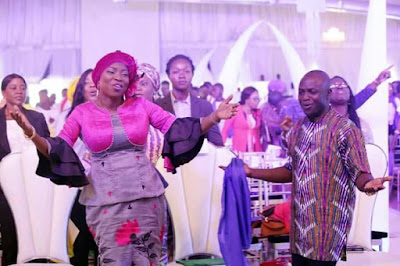 She noted that the State had cause to be grateful to God for peace, stability, prosperity, divine guidance for leaders, the absence of epidemics, religious harmony and prospects of greater development in the coming years. According to her, “We are praising God for the peace, security and stability in our State. Without peace and stability, no meaningful development can take place anywhere. All these years, Lagos State has enjoyed peace and stability to the glory of God”. “More importantly, we are praising Him for the promise of more prosperity and greater abundance for our State. Instead of a decrease, Lagos State is enjoying an increase and in place of recession, we are witnessing growth and expansion”, she added. 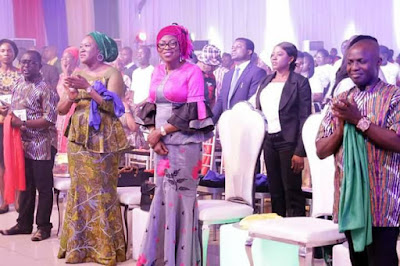 Bolanle who cited Psalm 150: 1-6, likened the praise worship concert to the days and ways of King David, noting that David never stopped praising God and the more he did, the more blessings he got. She expressed hope that if God could do this much for Lagos State in the past fifty years, he would surely do more to take the State to the next level and urged the people not to forsake the gathering of the children of God, for there is an abundance of peace. 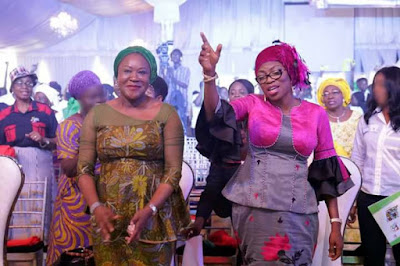 In his own address, coordinator of the concert, Taiwo Adegboyega, lauded the achievements of the Ambode-led administration in the area of infrastructural development, while describing the concert as the contribution of his group to the anniversary celebrations.

The Golden Jubilee Praise Crew is a group of talented youths who came together to appreciate the achievements of the present administration, as well as join other Lagosians to celebrate Lagos@50.