Hospital staff have landed themselves in hot water – by taking on the mannequin challenge with heavily pregnant patients. Workers at the hospital in Mexico reportedly face disciplinary action after footage emerged of them taking part in the viral video craze that has swept the world. 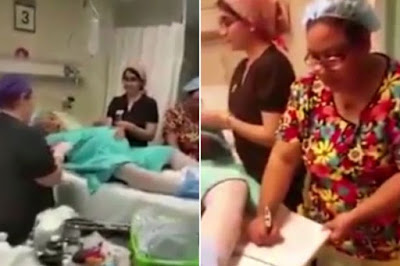 The clip shows 11 doctors and nurses posed motionless for more than 80 seconds as they tend to four pregnant women, who are also frozen still in a ward in Ciudad Juárez, Chihuahua. The Mexican Social Security Institute has launched proceedings against the staff who took part, reported Argentinian news website Infobae . The video, posted on Facebook, was criticised online by people who pointed out the women appear to be in an advance state of pregnancy. The staff involved have reportedly been identified and could face having their wages docked or dismissal.