Officials of the Special Intelligence Response Team (IRT) have arrested a 26-year-old teacher, Mr. Aliyu Abdulganiu, for allegedly kidnapping a 70-year-old man. But the suspect angrily told his interrogators that he was not a kidnapper, but only negotiator for the kidnappers. 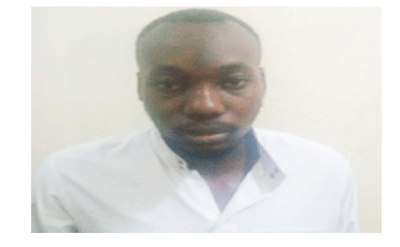 The suspect was arrested in Kogi State, after he had allegedly collected the ransom from the victim’s son. He was said to have been tracked by the IRT officials, led by Assistant Commissioner of Police, Abba Kyari. Abdulganiu said that he was contracted by Don Jee, the leader of the kidnap gang, to assist him as a negotiator. The suspect said he and Jee lived in the same community in Kogi State. Unfortunately, Jee couldn’t speak English and found it difficult to communicate his ransom demands to victims’ families. Thus, he hired Abdulganiu to become his negotiator. Abdul is a Higher Diploma Holder (HND) and teaches English. A police source said: “Don Jee is a notorious kidnapper. We are still hunting for him. We shall surely get him. He is involved in several kidnappings in his community in Kogi State.” Abdulganiu is married and has children. He was said to have abducted the aged father of an engineer for ransom. The suspect was said to have been paid N2 million before he and the gang released the old man. Abdulganiu said he was recruited to negotiate with the man’s son for ransom. He said: “I’m not a kidnapper. I’m a secondary school teacher. The leader of the kidnap gang, Don Jee, approached me; he asked me to speak with the man’s son after he was kidnapped. When the ransom was paid, I was given N150,000. Don Jee does not know how to speak English language and recruited me because he knows I speak the language fluently.”