This is the moment ISIS thugs hurled a prisoner from a roof top before a baying mob of fanatics pelted his corpse with rocks – for the ‘crime’ of being gay. The victim was dragged to the top of a building in Maslamah City in war-torn Aleppo, Syria, having been accused of ‘homosexual relations’. 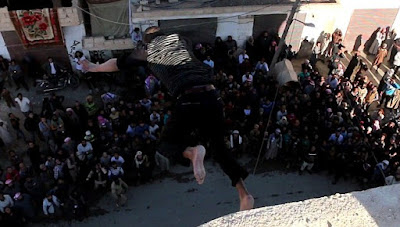 He was then launched face first from the edge of the roof and plunged to his death inches away from a crowd of onlookers. Another picture shows men throwing rocks at his body. 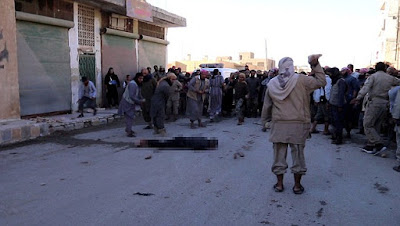 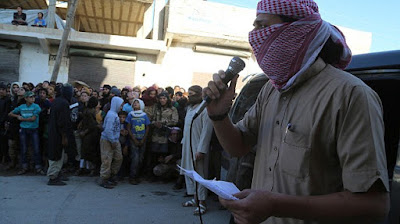 Chinese Man Moves His House After Government Threatened To Demolish It. Photos

“I Have Slept With Over 104 Women And Girls” — Man Who Is Paid To Have Sex With Children Reveals.