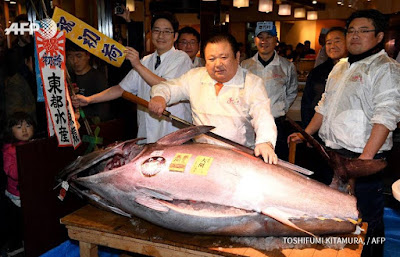 The head of the Sushizanmai chain is now the proud — if temporary — owner of a 212-kilogramme (467-pound) fish. At that price a single piece of fatty tuna sushi would cost roughly $85, or 25 times the $3.4 that Kimura charges for the product at his 51 stores across Japan. “I feel it was a bit expensive, but I am happy that I was able to successfully win at auction a tuna of good shape and size,” Kimura said. Later in the day, Kimura and his fellow sushi chefs sliced up the giant fish with special knives resembling a Japanese sword at its main restaurant near the market, as hundreds of sushi lovers waited for a taste or two. “As always, I want to buy the best one so that our customers can have it. That’s all,” Kimura said when asked about the auction result. He has built his successful chain into a national brand by paying big money at Tsukiji’s first auction every year — he has now won for six straight years — essentially using the event for publicity. He paid a record $1.8 million for a bluefin — a threatened species — at the New Year auction in 2013, outbidding a rival bidder from Hong Kong. 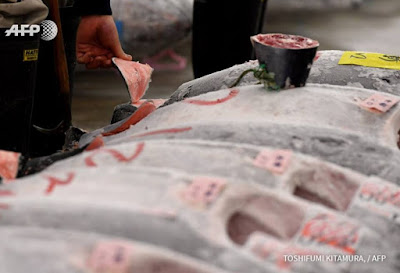 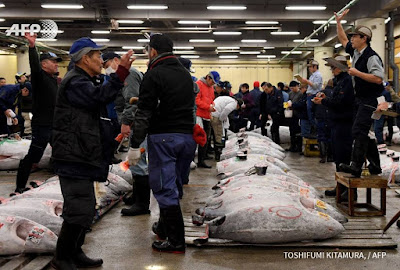 Meet The Real Life “Incredible Hulk” Who Is Claiming To Be The World's Strongest Man. Photos