A Surulere Chief Magistrate Court in Lagos on Wednesday granted bail in the sum of N200,000 to one Daniel Okon who allegedly defiled his neighbour’s four-year-old daughter. Chief Magistrate A. Ipaye-Nwachukwu also ordered that Okon, 36, should produce two sureties, one of whom should be a civil servant of Grade Level 14 or above. 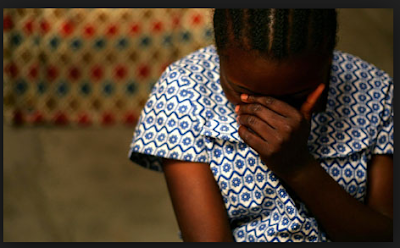 She directed that the other surety must be a landlord in Lagos State. Ipaye-Nwachukwu added that the sureties should provide evidence of tax payment. Okon, who resides at Aguda in Surulere, Lagos, had pleaded not guilty to counts of defilement and indecent treatment of a minor. ‎‎The prosecutor, Sgt. Anthonia Osayande, earlier told the court that the accused lured the child into his apartment and had sexual intercourse with her while her parents were away. She said that Okon committed the offences at 11.56.a.m. on April 21. ‎The News Agency of Nigeria (NAN) reports that the alleged offences contravene Sections 137 and 135(1) of the Criminal Law of Lagos State, 2011.

The case has been adjourned until June 27 for mention. (NAN)