A man was stripped naked, tied to an electricity post and tortured for hours in India – because he was ‘roaming around suspiciously’ near his home. The brutal attack was allegedly carried out by a gang of five men Azhikode, in Kerala, in southern India. 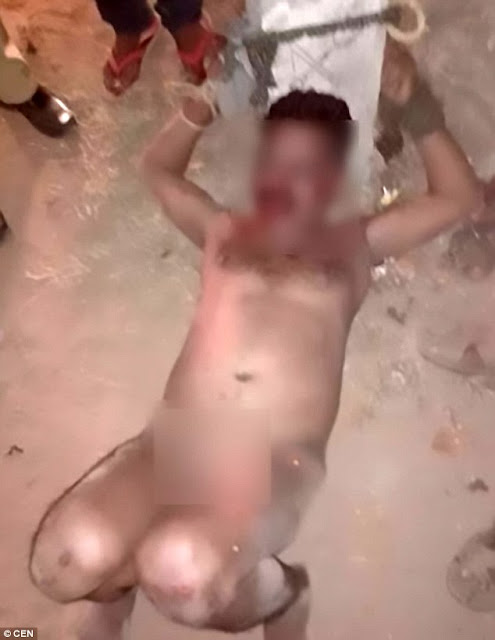 The victim, named as Salam Sulaiman, was left bloodied and bruised following the savage beating. He apparently told police his torturers had set on him because he was acting ‘suspiciously’ close to his home. The gang even took pictures of the 47-year-old victim lying beaten on the ground and uploaded them to social media. He suffered serious injuries and lost three teeth. When he was found, he was barely conscious and was rushed to the nearby Kodungallur Government Taluk Hospital. Police have launched an investigation and spoken with Salam.

ISIS Bomber Hugs His Colleague Before Carrying Out A Suicide Attack Near Military Base. Photos