A south African man has claimed that he can track missing people whether they are dead or alive. When prophet Sibusiso tracked down the missing man, it was not the first time he had performed what seemed impossible. People have come to him before to find missing relatives. 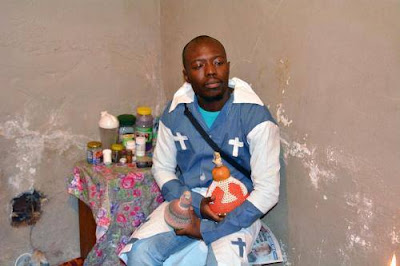 This time his tracking abilities brought relief to the Mthonthi family. The Mthonthis had travelled from KZN to meet prophet Sibusiso Mokoena (38) who lives in Malvern, Joburg. They had heard that the prophet helped to find missing people and they needed help to find their missing brother, Bonamina (41). Bonamina’s brother, Siphiwe Mthonthi (53) from Msinga in KZN, said they received the news of Bonamina’s disappearance on 11 May.

“We travelled to Joburg the following day and reported a missing person’s case at Reigate Police Station in Tshwane,” he said. “We looked for him in hospitals and mortuaries but when we couldn’t find him, we gave up hope and were about to go home to KZN.”

But a family member told them about prophet Mokoena, who has been helping people track down missing people. “We went to him on Monday. He threw the bones and we went with him to the bush and found my brother’s body,” said Siphiwe.

His brother, a taxi owner and driver, was allegedly kidnapped, killed, burnt and his remains left in the veld in Ga-Rankuwa, Tshwane. 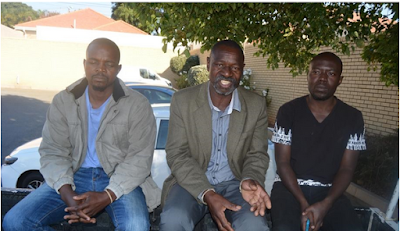 The family said they can now give Bonamina a dignified funeral in their village. Bonamina’s other brother, Nkululeko Mthonthi (41) said Bonamina was the breadwinner. “He put his family first, but he was killed like a dog,” said Nkululeko. Other families have also been helped by the prophet. Sikhumbuzo Mabaso (47) said his 23-year-old son, Sandile Mabaso, went missing in Kagiso, Mogale City for two weeks. “I had lost hope that I would find him. But the prophet tracked him down and we found him in Nigel locked in a dark room. He had allegedly been kidnapped. He was still alive, but tired and hungry. Sipho Ngcobo (32) from Ladysmith, KZN said after his daughter, Noluthando Ngcobo (11) went missing they tried everything to find her. They consulted the prophet, who took him to Roosboom, where his daughter’s remains were found. Ntauleng Gabayi (45) from Tembisa, near Kempton Park, said after her brother went missing, she consulted the prophet and her brother was found dead in the bush outside Tembisa. Prophet Mokoena said his ancestors help him trace missing people. “Dead or alive, my ancestors help me find them.” Police spokesman Captain Mavela Masondo confirmed the police are investigating a case of murder at Reigate Police Station.

Meet The World's Smallest Surviving Premature Baby With Feet The Size Of A Fingernail.