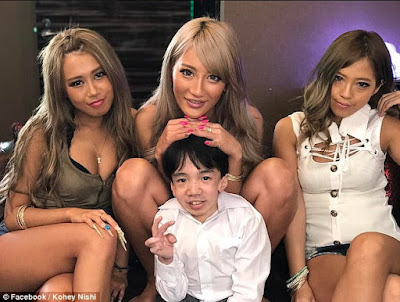 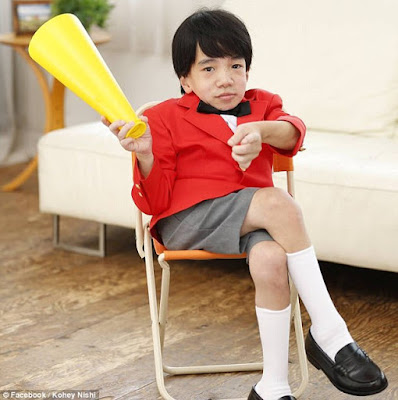 The 3ft 6in star’s disease halts growth and leaves him vulnerable to spinal cord injuries – meaning he cannot stand for longer than five minutes. Mr Nishi, who also cannot open a plastic bottle or hear in his left ear due to his condition, had a ‘miracle’ bone marrow transplant which stopped the disease’s development. 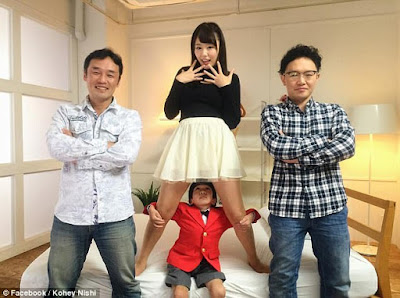 Despite his growing fan base, he admitted that the pressure can get to him and he struggles to sustain an erection in front of film crew. He has been capitalising on his youthful look, which he says is huge with a younger audience and women. Mr Nishi currently makes films with titles like ‘Having Sex in the Magic Mirror Box Car with a Female College Student with F-Cup Breasts Who Wants to Be a Kindergarten Teacher.’ 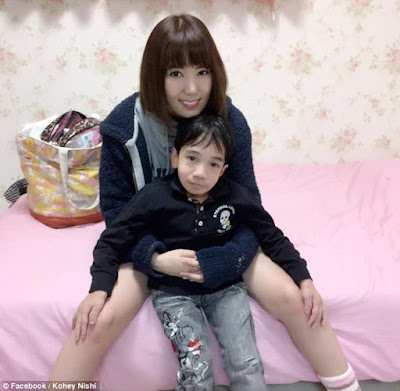 Corper Who Donated Classroom Seats In Buhari's Hometown Pictured In A Private Jet.

Fashion Or Madness?; See What A Lady Wore For An Outing Today. Photos