The Nigeria Football Federation has moved to enforce earlier circulars it sent out to all its affiliate bodies in respect of football officials playing multiple roles that amount to conflicts of interest in the football space. 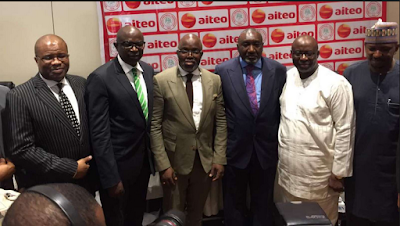 In a letter dated 2nd May 2017 and signed by the General Secretary, Dr. Mohammed Sanusi, the Federation unequivocally requested “all affiliates to send to the office of the National Integrity Officer received copies of resignation letters by all affected officials on or before 12th May 2017. The said letters should be scanned and sent to the following email: christian.emeruwa77@gmail.com.” For avoidance of doubt, the NFF listed the following as specific issues contained in previous circulars to its affiliates: 1) We have observed that some Club Officials are currently operating as Match Commissioners in some strata of our Leagues. In view of these reforms, No Club Official should be appointed as a Match Commissioner/ Referee Assessor in any of our Leagues in Nigeria. 2) Also, we advise that No State Football Association Secretary should be appointed as a Club Secretary, considering the fact that the State FA Secretaries in most cases are the chief organizers of matches within their territories. 3) State Football Association Chairmen that are appointed as Independent Directors in our leagues should no longer be appointed as Match Commissioners/ Referee Assessors in our league games. 4) State Football Association Chairmen should not be doubling as Football Club Chairmen. Hence, all State FA Chairmen that are holding dual offices as Club Chairmen are advised to either relinquish the State FA Chairmanship position or that of the Club Chairmanship position within three (3) months from the date of this Circular. 5) State FA Chairmen that are also appointed as Board Members of Football Club Boards are to also decide to either be Club Board members or State FA Chairmen as they are henceforth not allowed to hold dual position forthwith. 6) All NFF Executive Committee Members, NFF Management and Staff, State Football Association Chairmen and their respective Board Members, Club Chairmen and Officials, Coaches and all other Football Officials are hereby directed to desist from Acting as Intermediaries (Agent/Managers) to players forthwith. 7) No Official shall be allowed to occupy dual position as a Coach and also as an Administrator i.e as either a State Football Coach and member of State FA or as a Coach and Chairman of a Football Club hence those affected are advised to choose one on or before 2nd May 2017. 8) All Serving Referees that are occupying State Football Association positions either as Board Member, Secretary of State FAs or Chairmen are to choose to remain with one of the two Official duties.

“It is instructive to remind all concerned that the Nigeria Football Federation shall open up Disciplinary proceedings against affected persons should they fail to convey the evidence of resignation of their affected portfolios to the office of the National Integrity Officer on or before 12th May, 2017,” the letter concluded.

PDP Chairman Ali Modu Sherrif In High Spirits As He Arrives His Residence After Victory. Photos

Meet The First Class Twin Sisters Who Are Set To Marry On The Same Day. Photos