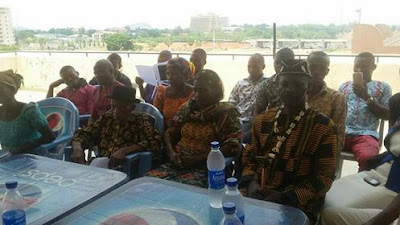 Residents of Midim Atan village in Essien Udim local government area of the state said at least two people have so far been killed and many more injured in attacks by a group known as Akwa Marine. “Akwa Marine led by Emmanuel Ben has been disturbing our community for many years. The problem is not just the cultists but the people sponsoring them and that is why it has been difficult to clamp them down,” said a local chief, Efene Jeremiah. The unrest has lasted years, and police have made limited success against the group despite an investigation by a team set up by the former Inspector General of Police, Solomon Arase, to probe its activities. The divisional police officer for Essien Udim, Alhassan Guda, said he was new at the post and could not comment on the activities of the gang. But the spokesperson for the police’s Criminal Investigation Department, Chike Nwabuwa, told this newspaper that an investigation team had long been set up by Mr. Arase, to monitor and investigate the activities of the gang following several complaints. He declined to disclose the findings of the panel. The Investigating Police Officer in charge of the case, Abdul Mohammed, did not also disclose the findings when contacted by PREMIUM TIMES. Many residents say the group has been emboldened by police inaction. The Office of the Attorney General of the Federation, which also received multiple petitions on the matter, also said police had not responded to its request for details of the attacks. The civil rights department of the ministry told PREMIUM TIMES that the ministry had written to the Police IG’s office regarding the case, but had received no response for months. Security officials and locals, many of whom had fled the community, blame the lack of aggressive police response on links between the group and powerful politicians from the area. Members of Midim Atan community in Akwa Ibom, who recently travelled to Abuja to protest against incessant attacks by a group called Akwa Marine. They say the group was set up ahead of the 2011 elections to go after perceived opponents of top politicians from the area, including former Governor Godswill Akpabio, whom they accuse of providing support for the group. Mr. Akpabio denies the allegation. His spokesperson, Anietie Ekong, told PREMIUM TIMES the former governor, who is now the Senate minority leader, would not sponsor a criminal gang. “It is pure political mischief to link the distinguished Senator to a criminal gang,” Mr. Ekong said. He said several petitions sent by community members to different law enforcement agencies, linking Mr. Akpabio to the group, were “politically motivated”. “Any criminal who has been apprehended by the security agencies should be made to face the consequences of his action,” Mr. Ekong said, referring to the recent arrest of Mr. Ben. Attacks and killings Ahead of the elections in 2011 and 2015, attacks by the group largely targeted those perceived to support political parties other than the Peoples Democratic Party, PDP, the state’s governing party, several security officials and witnesses told PREMIUM TIMES.

Woman Who Hid Provision In Her Underwear After Stealing Them Gets Caught. See Photo