Great jubilation has broken out across the nation of Ghana after what seemed to be a deadlock in last Wednesday’s presidential election was broken a few hours ago, with incumbent President John Dramani Mahama conceding defeat. 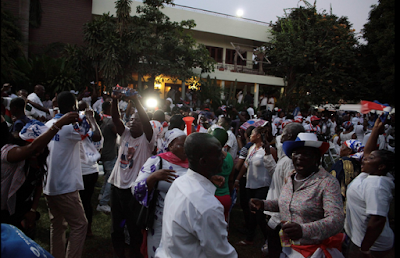 Mr. Mahama’s concession speech, acknowledging his defeat by the opposition leader, Nana Akufo-Addo of the New Patriot Party (NPP), seemed to be the signal Ghanaians were awaiting before filing out onto streets in Accra, Kumasi and other cities to celebrate. Soon after Mr. Mahama placed a call to his opponent to congratulate him on his victory, the Ghanaian Election Commission declared Mr. Akufo-Addo winner of the election. The result was in line with earlier reporting by a ground crew of SaharaReporters’ correspondents throughout Ghana who disclosed that Mr. Akufo-Addo and his party were cruising to victory. The Electoral Commission declared the election results swiftly, indicating that the victorious NPP candidate won 53.8% of the votes, with the incumbent President Mahama’s National Democratic Congress (NDC) securing 44%. The announcement enabled Ghanaians to exhale and commence their heady post-election celebration. Soon after the electoral commission made his victory official, Mr. Akufo-Addo addressed Ghanaians, thanking them for their confidence in him as their new leader. Mr. Akufo-Addo won heavily in the Central Region, a swing region that proved decisive in handing him victory in the election. Mr. Mahama’s administration was seemed elitist, criticized for being out of touch with the economic plight confronting many Ghanaians, and accused of inability to address Ghana’s deteriorating infrastructure. Ghana struck crude oil a few years ago, but most Ghanaians have seen little impact from oil earnings. 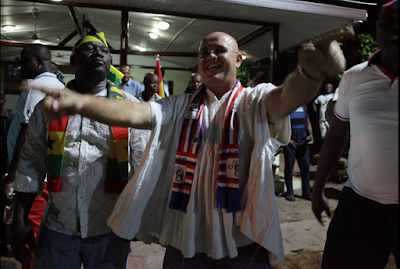 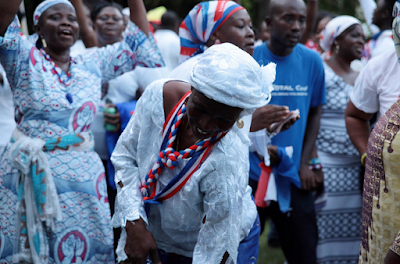 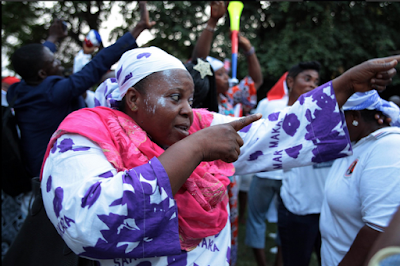 VP Osinbajo, Other Dignitaries At A Roundtable Held In Honour Of Kidnapped Chibok Girls. Photos

2 Suspects Arrested For Burning Down Office Which Killed 2 People In Abia. Photos