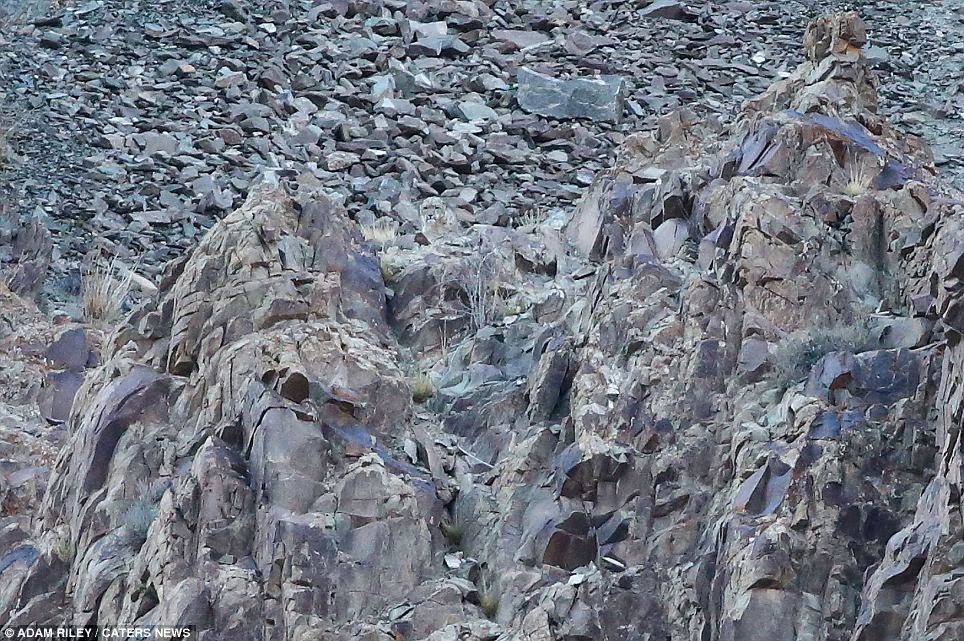 It’s their ability to blend into their environment that make snow leopards such effective killers.

Almost indistinguishable from the grey stone of the mountain side, the big cats’ stealth and savagery has earned them the sinister sobriquet ‘the grey ghosts of the Himalayas’. 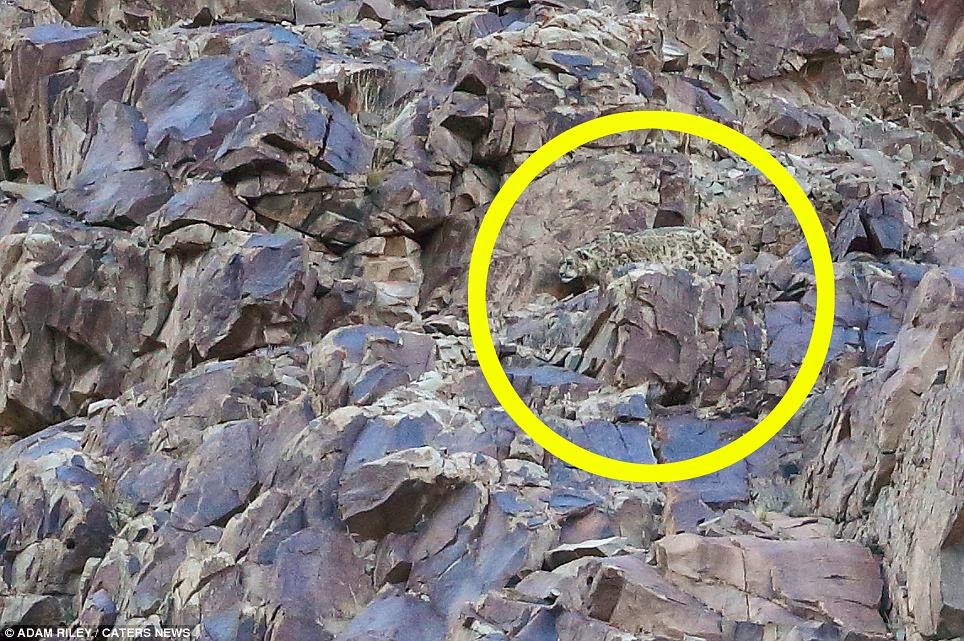 But it is their prey who may more accurately be dubbed ghosts, for once in the sights of a stalking snow leopard there is very little chance that they will survive to tell the tale. 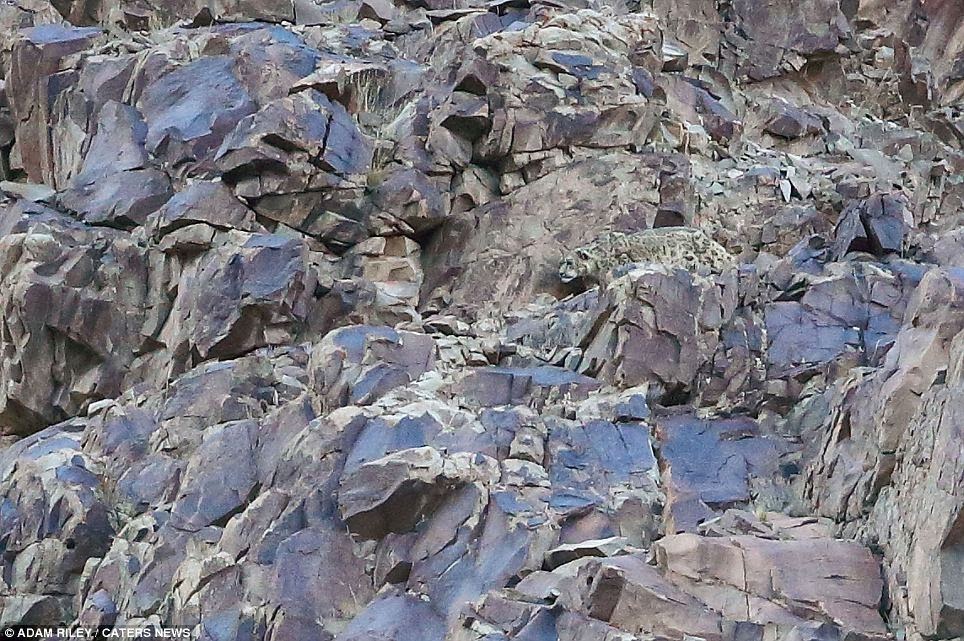 The dramatic set of photographs follows one snow leopard as it stalks a blue sheep in the Himalayas, inching closer and closer before pouncing and ripping the animal’s throat open. 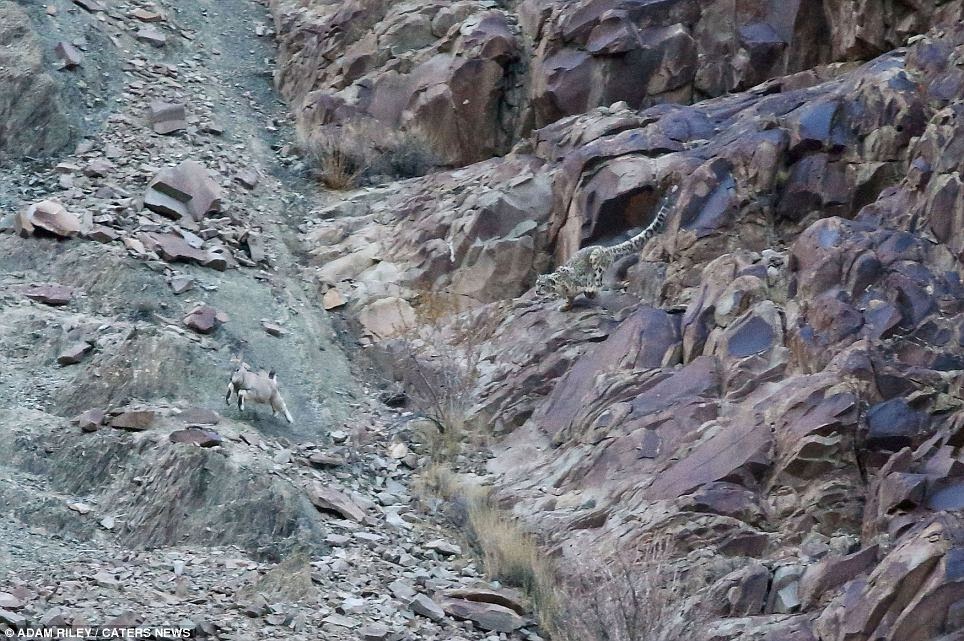 Photographer Adam Riley captured the photos while leading a tour in India’s largest national park, Hemis, in the mountainous north-east of the country.The lone cat starts by peering from its rocky hiding place at its prey below. With practised patience, the assassin slowly stalks three who have become cut off from the rest of the herd. 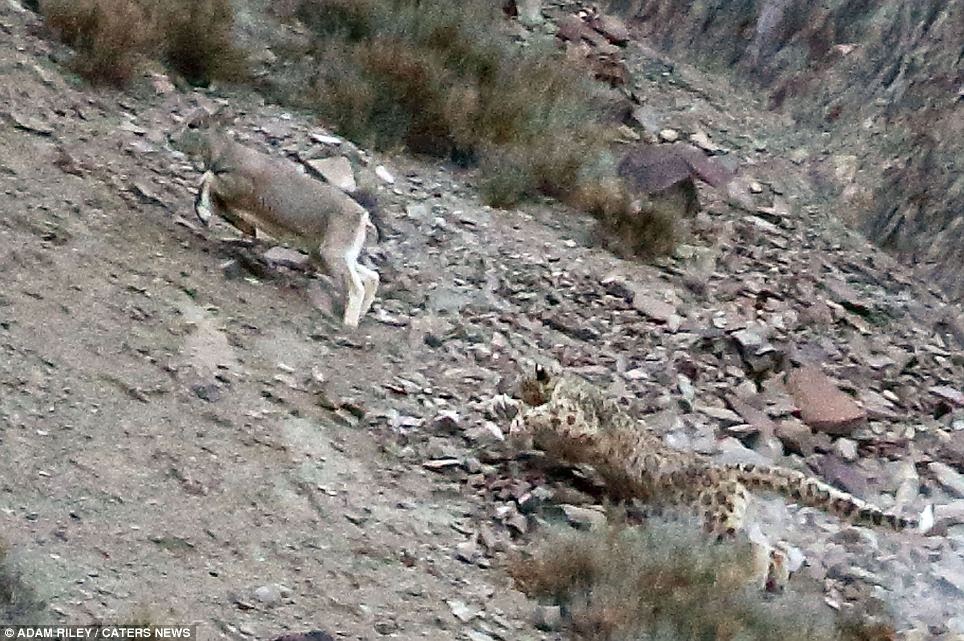 Then, in a whirlwind of gravel and dust, the big cat pounces. Leaping 50 metres from its hideout, it chases the youngest of the blue sheep up, then down a steep rock face.The juvenile runs for its life, but the outcome is almost certain. One false step and the snow leopard has its jaws tightly clamped around the animal’s neck.
Mr Riley said that capturing the moment of the kill evoked in him a mixture of ‘intense exhilaration and tremendous relief.’ He believes that his photographs are the first ever taken of a snow leopard making a kill. 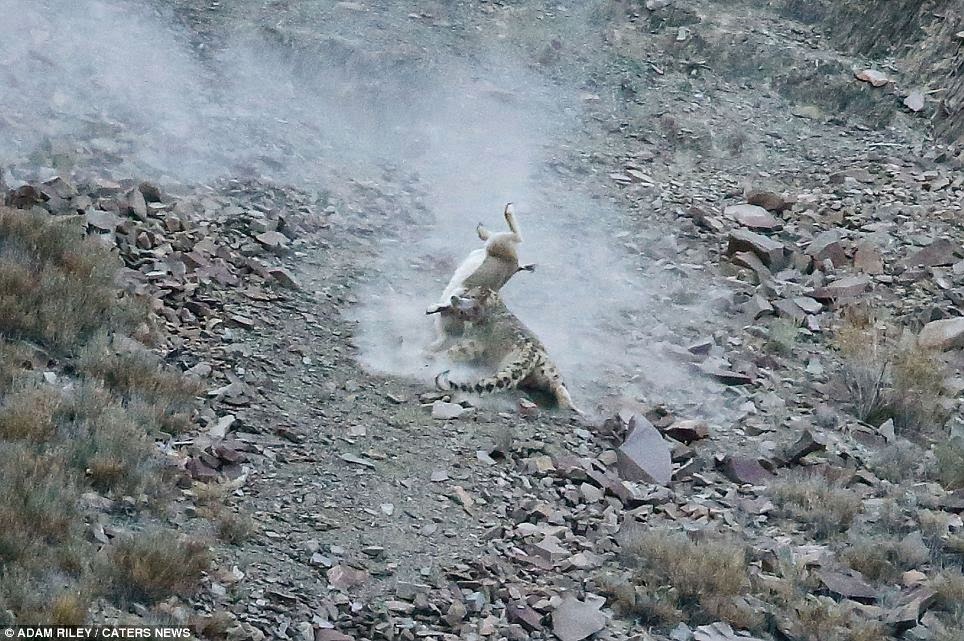 ‘I have worked with big cats most of my career and having led the tours I know how elusive snow leopards can be,’ he told Caters News Agency. ‘But I have never managed to photograph a snow leopard before, let alone a kill, so it was really exciting for me personally.’When people first saw the Snow Leopard the relief and joy was incredible; there were high fives, hugs and huge smiles.’We use an extremely experienced team on our tours, but that doesn’t guarantee anything and I felt enormous pressure to help locate this almost mythical creature.’