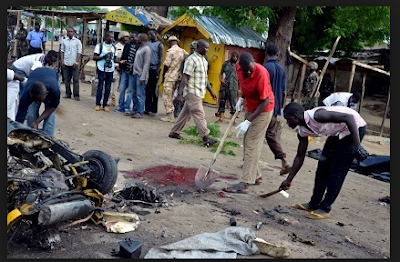 Major Badare Akintoye, the Army Public Relations Officer at the 28 Task Force Battalion in Mubi confirmed the incident to Daily Trust. “We gunned down three female suicide bombers. Our soldiers are on alert and commercial activities are going on there”, he stated.