An artifact representing the goddess of fruitfulness, reluctantly released by Nupe people to the Niger state museum, and stolen some decades ago, has been found in Italy.‎ Emmanuel Zhiri, executive director, Niger State Council for Arts and Culture, made this known to NAN in Minna on Thursday. 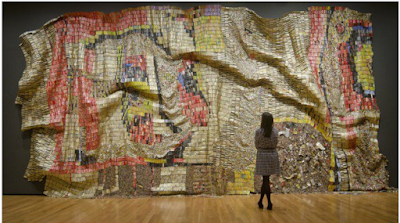 “This artifact was found in Italy recently by the commissioner for information, Mr Jonathan Vatsa’’, Zhiri said. Zhiri added that it would cost the state a “huge fortune,” to retrieve it.‎ He spoke on the sidelines of the 2017 commemoration of the world museum day‎ with the theme: ‘Museum and Contested Histories: Saying the Unspeakable in Museums’. Zhiri said Niger state museum was one of the well-organised premier museums with experienced professional personnel‎. He said government was working seriously to expand the museum by bringing in more artifact to enrich the state’s museum. “We are working strategically to bringing in more artifacts to uphold our cultural heritage,” he said. “We have identified artifacts we are going to bring in, like the musical strings of the late Walo Shatan Gwari and late Nupe musicians’ musical strings used in the course of their musical career.‎ “We are going to pay the custodians of these musical strings and bring them to the Niger state museum. “It is going to cost us about N2 million to bring them from the Niger Zone A, Zone B and Zone C.” Zhiri added that the essence of bringing such artifacts to ‎Niger museum was to preserve the history and make it public to those who did not know such history. “People come in here to learn the history of different artifacts; we keep them safe for posterity. “Managers of museum strive a lot to bring in inherited artifacts from the people they were bequeathed to because they do not know the use as much as we do. “They do not know the significance of these artifacts. As far as they know, they are keeping them because they inherited them‎. That is how much most of them know.”

Photos Of Trailer Accident At Ajah Area Of Lagos.

“I Have Suffered Psychological Trauma And Abandoned By Friends” — Dino Melaye Cries Out..