A bare-breasted protester attacked a piece of the Berlin Wall outside the German Embassy in the Ukrainian capital Kiev. According to the feminist activist group FEMEN, intended to protect women’s rights, the act was timed to coincide with the EU-Ukraine meeting held in Brussels, Belgium. 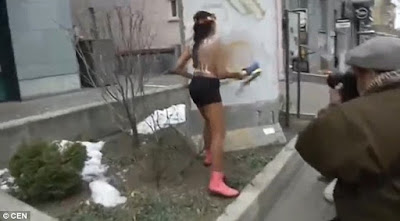 The female activist, whose name was not reported, swung the huge hammer against a fragment of the wall, which had been brought to Kiev after its collapse in 1989. The activist had ‘Break the Wall’ written on her back, a message which she kept shouting with every swing of the sledgehammer. A number of cameras and reporters can be seen surrounding the woman, in what appears to be a staged and planned protest. The FEMEN press office has confirmed that the protest was against the building of metaphorical walls ‘on Ukraine’s way towards its democratic future in Europe.’ A statement read: ‘The sextremist broke a legendary symbol of the division between the world and its people. ‘It is a protest against artificially-created obstacles towards a visa-free regime between Europe and Ukraine.’ 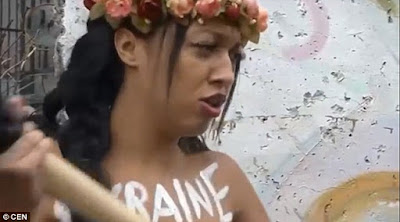 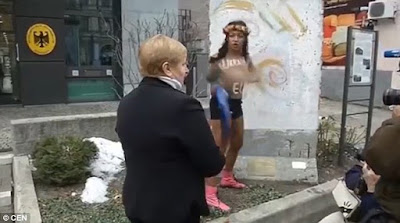 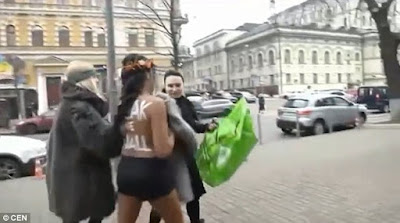 Man Who Pretended To Be Blind Angrily Exposes Himself After Being Ignored By Passersby. Photos