Twin sisters have given birth to baby boys on the same day after both missing their identical due dates. Fraternal twins, Danielle Grant and Kim Abraham, gave birth to their sons on Friday after their due dates of April 22 passed. 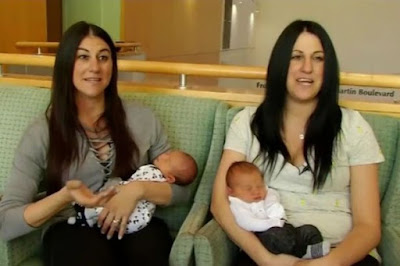 Roman and Aaron came into the world just four hours apart, and the sisters were texting and FaceTiming each other from their hospital rooms. And amazingly, the 32-year-old mums from Toms River, New Jersey, say their pregnancies were total coincidences. They said the only thing that was consciously chosen, was date they decided to get induced after both missing their due date. 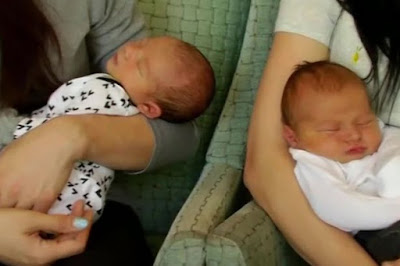 The sisters are very close and their husbands have become close as well, so they hope their sons will be like brothers. Now, not only will they look forward to joint birthday parties for themselves, they’ll also have to plan joint celebrations for their kids. 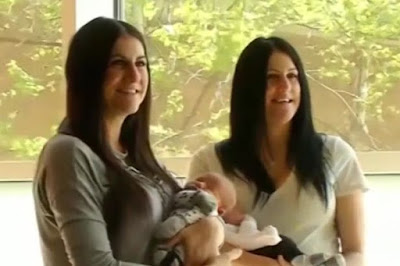