A woman and her father died in an horrific accident as their car ploughed into the sea – despite the heroic efforts of bystanders who desperately tried to get them out. Rescuers said Carol Hayden, 64, and her father Eugene Hayden, 88, appeared “frozen with fear” as the white van filled with water and they tried to open the doors. 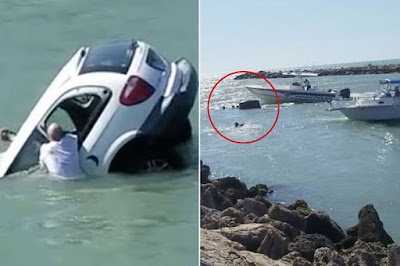 Footage from the scene shows people diving in and swimming towards the stricken car which was headfirst in the water and going down fast. One man can be seen pulling at a door, while another smashes a back window with a hammer. Another brave man on a passing boat also jumped in to help, but as the coastguard raced over to join the rescue only the car’s boot was still above water. 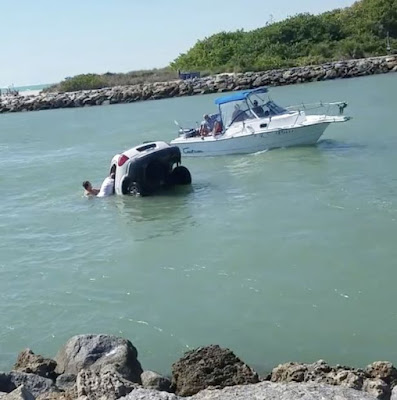 Seconds later the car was completely immersed, taking with it driver Carol and her dad. The car was recovered from the water with both the Haydens still inside. An investigation into the accident in Venice, Florida in the USA is ongoing. 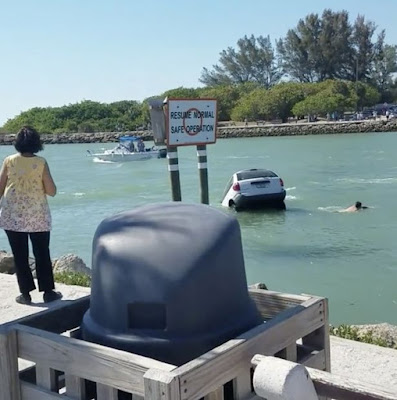 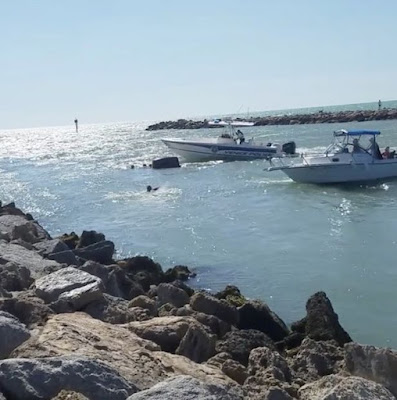 Checkout This Hotel Room Which Has No Walls And Roof But Is Expensive. Photos