Ms. Cynthia Audu, a businesswoman, has petitioned the Inspector-General of Police over what she described as “fictitious, wicked and malicious” accusation aimed at destroying her business. In a whatsApp message, Audu was said to be running a fake recruitment centre, with office at 1, Olabisi Close, Mende, Maryland, Lagos. 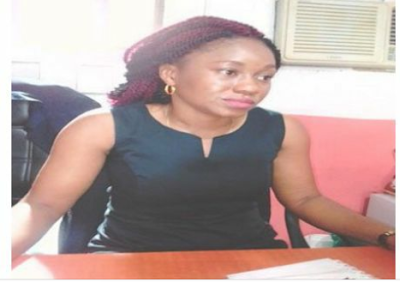 At a news conference yesterday in the office of her lawyer, Samuel Adeola Ilori, Ms. Audu urged the IGP to preserve the integrity of her business. Ms. Audu, who claimed she started business four years ago as a partner in Neo-Life marketers, under GNLD, a Multi Level Marketing (MLM) scheme, said her office was into the training of people, who became Neo-Life trading partners. She said she resumed work one day to see four of her trainers arrested by policemen from Anthony division. Police were in her office following the dust raised by the malicious whatsApp message. “I responded to their summons and appeared at the station, where I wrote a statement debunking all the spurious allegations against me and I was released same day,” she said. Ms. Audu said 2 days later, her office was again raided by officers from Zone II, who were acting on the IGP’s instruction to investigate the matter. She said she was released on bail two days later after nothing incriminating was found in her office, and her claims of working with GNLD corroborated by the MLM’s Nigerian office. Blaming her woes on “dirty competitive intrigues,” she wondered why the police swung into action based on “frivolous accusation on social media”, could not track those behind the allegation. Her lawyer urged the police to get those behind the allegation.

“It is interesting that up till now, the man or woman who claimed to have escaped being abducted by unknown persons inside my client’s office hasn’t reported to the police. Is it not surprising that the police would swing into action without any one formally reporting to the police?” he said.

Prince William Rushes To The Aid Of Dignitary Who Fell Over During Royal Visit. Photos