Olaogun, 34, a microbiologist, a dismissed civil servant, was two weeks ago arrested by the officials of Rapid Response Squad. The officers acted on phone report to RRS Control Room of a fraud by one Mr Kelvin Oyenuga over the supply of 25 units of HP laptop to the Lagos State Ministry of Works, Alausa, through Olaogun Tunde. 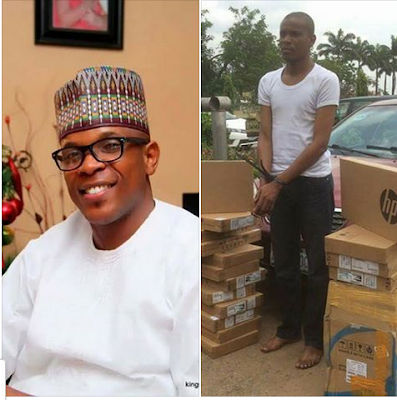 Olaogun, through connections was linked up with Oyenuga for the supply of 25 laptops amounting to N4, 625,000:00. In making a N2.5m payment before delivery, Olaogun initiated a fake online transfer from a Keystone Bank to Oyenuga’s GTB account. He immediately showed a fake debit alert on his phone to Oyenuga. On delivery, the same day, he issued another dud cheque of N2.125m. For more than two months, Olaogun employed one trick or the other to buy time for himself while he offered to a Lagos Island computer dealer, the 25 laptops he bought from Oyenuga at N150,000:00 each, a N35,000:00 short of the initial buying price. To settle the case Oyenuga, Olaogun had requested RRS officers follow him to Lagos Island to retrieve the 25 laptops from the buyer. According to him, “I had an understanding with him. We retrieve the laptops. Once my LPO is ready, I would pay off the buyer”. 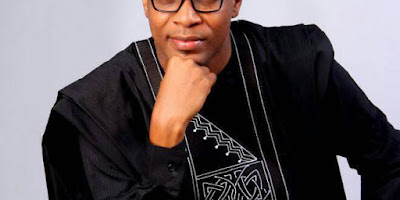 By the second day of investigation into the case, three fresh cases of fraud initiated by Olaogun Tunde had surfaced. The complaints were microfinance banks, who the suspect had used a Fake Bank Statements to secure loans amounting to N3.7m. Coincidentally, a day later, two ex-girlfriends of Olaogun were at RRS’s headquarters. They alleged that the suspect took N750,000:00 in October, 2016 and N500,000:00 in April 2017 from them to help them get a Toyota Matrix and a Nigerian used car. And, as typical of him, Olaogun had regaled them with endless stories – no car, no money. 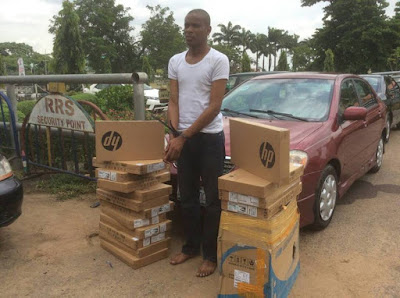 His latest girlfriend whose red Toyota Corolla he borrowed for his fraudulent transactions, Dunni Anifowoshe, 29, disclosed that the suspect was dismissed from the Lagos State Ministry of Environment, Alausa, in 2015. Olaogun, while explaining the circumstance said he used the name of his Ministry to facilitate the procurement of vehicles at Affordable Cars without the knowledge of the State Government. When he couldn’t pay for the cars, it became a crisis that cost him his job. Before Olaogun Tunde case was transferred to the State CID, Panti, Yaba, two other microfinance banks had filed in fresh petition of N1.5 million and N4 million respectively against him. 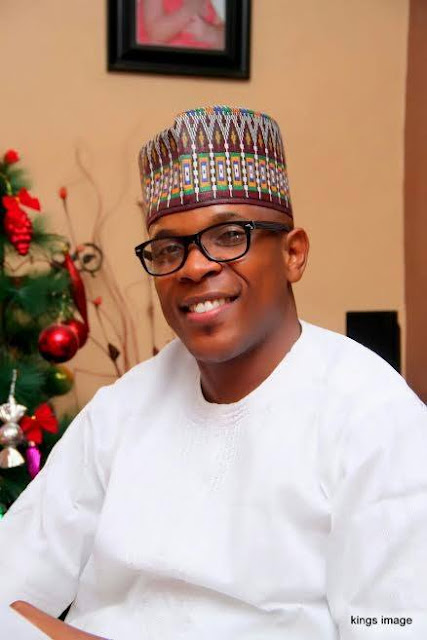