A reality TV star famous for flashing her br*asts has been at it again after she jumped up on live TV and her boob popped out. Chilean model Aylen Milla managed to flash for a second time after she jumper around in celebration of not being evicted on Spanish Big Brother. 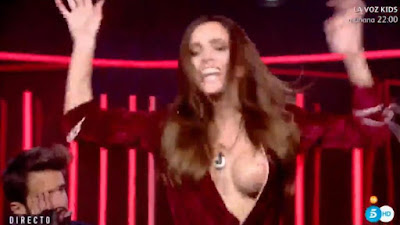 The stunning brunette was wearing a revealing red dress on eviction night, where viewers had to choose who had to leave between her and her boyfriend Marco Ferri. Upon learning that she would not be evicted, Aylen jumped for joy causing her boob to become exposed from her low-cut dress. Although the model quickly attempted to cover herself back up, by that point it was too late. The model had previously flashed while wearing a cropped top on the show.. 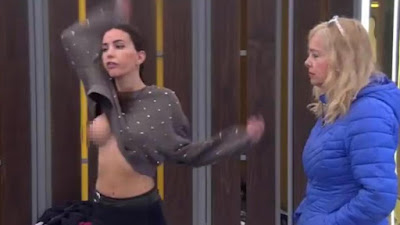 See The Controversial Advert Featured In A Top Kenyan Newspaper This Morning.