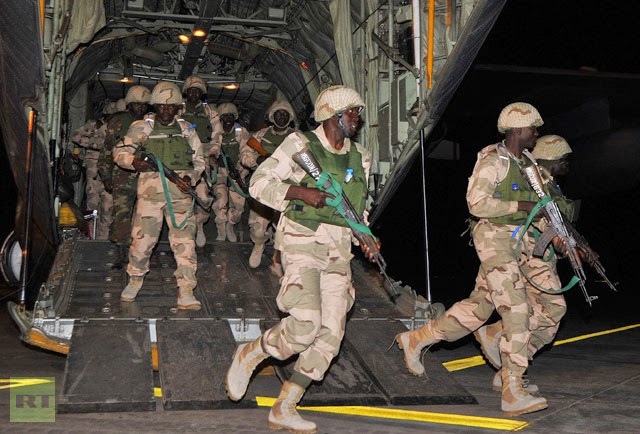 Following the re-claiming of Baga town in Borno state which was conquered back by Nigerian troops today, the Defence headquarters has released a press statement of what actually went down…Read below;
A large number of terrorists have drowned in the Lake Chad as they fled the heavy bombardment by Nigerian Air force heralding the advance of Nigerian troops on mission to flush them out of Baga. Not even the strategy of mining over 1500 spots with land mines on the routes leading to the town could save the terrorists from the aggressive move of advancing troops.

All the land mines were skillfully cleared one after the other. Eventually, the resistance of the terrorists collapsed and the land forces finally stormed the town in the early hours of Friday. Many of the terrorists died while an unknown but substantial number of them fled with various degrees of injury, in the series of encounter along the routes of advance of the as troops headed for Baga.

Apart from the 5 anti air craft…