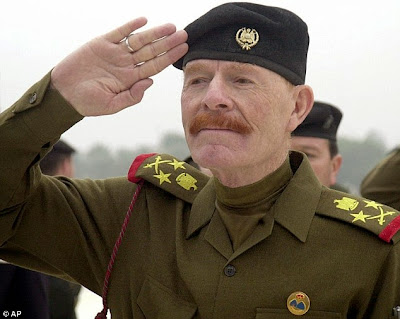 The body of the former right-hand man of Saddam Hussein, Izzat Ibrahim al-Douri, who was reportedly killed in a battle has been handed over to the authorities. The body of the ISIS commander was paraded in a glass coffin and flanked by jostling civilians, as members of the armed forces handed him over to authorities. Iraqi officials said he had died while fighting with government troops in Salahuddin province, north of Baghdad, on Friday.

Photos Of Ghastly Motor Accident At Wuse Junction In Abuja….