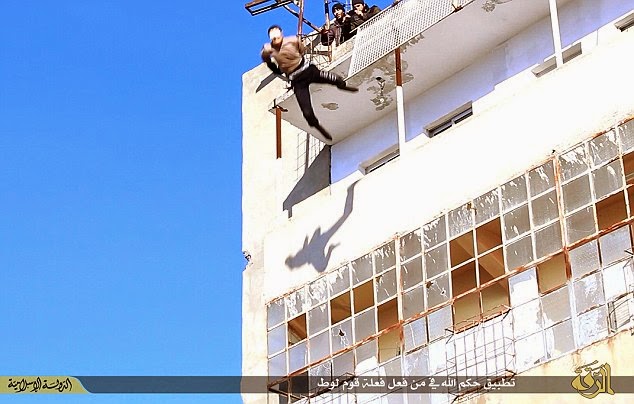 The Islamic State monsters ISIS have continued with their senseless killings -throwing yet another young man to his death from a building after accusing him of being gay. The deceased was thrown from a rooftop as a large crowd gathered at the foot of a multi-storey building in the group’s de facto capital Raqqa to watch the murder of the young victim.   The blindfolded man was dragged to the roof of the tallest building in the neighbourhood by bearded militants, who use mobile phones to film him being barbarically thrown to his death.