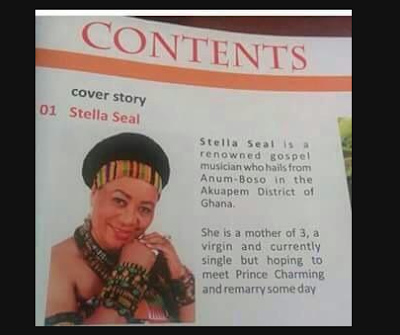 Are the publishers of this blind or just trying to be funny with the awkward article about a female Ghanaian Artiste. Don’t know how someone can be a mother of three and still be a virgin. 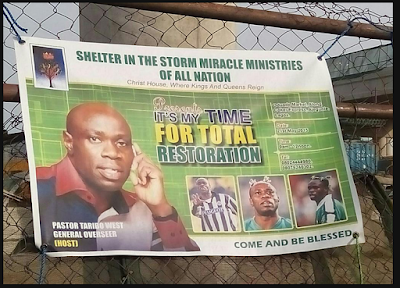 Former Super Eagles player who is now a pastor, Taribo West, is taking his ministry to another level. Above is a publicity banner for a church programme he is set to host on Thursday in Ajegunle area in Lagos. 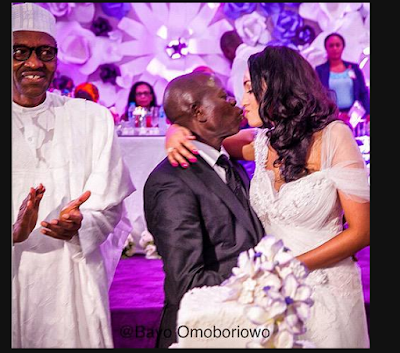 Outside the hard and timid shells of some Nigerian politicians lie a soft spot which can only be “manipulated” or controlled by those close to their hearts. Pictured are some leaders and stalwarts of the All Progressives Congress (APC) who have shown their soft spot or better still romantic sides in a public play of affection. 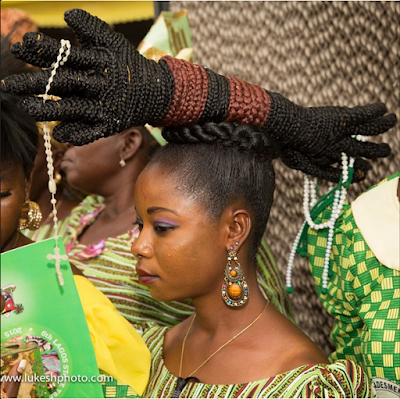 The above hairstyle was seen at the 2015 Edition of Tradesmen and Artisans Day celebration held in Lagos recently.  The woman with the hairstyle made two praying hands. One with a catholic rosary and the other with a Muslim rosary….. how religiously creative. 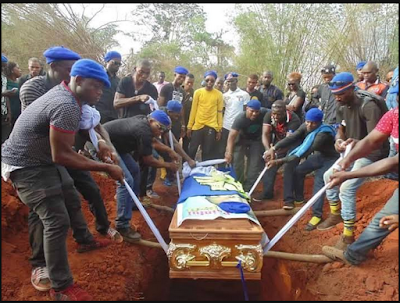 Pictured above are Cult Members trying to bury their late counterpart who was slain by rival gang in Edo state. According to a source who uploaded the pictures online, the group reportedly known as “Eiyes” were pictured doing their thing after their member fell a victim in the battle of supremacy. 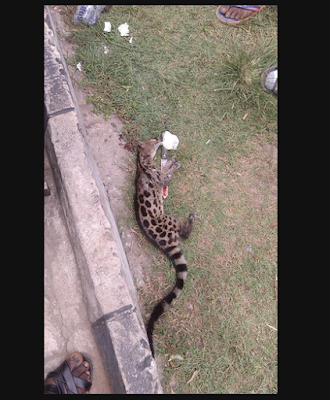 This wild animal was reportedly killed today behind a canal in Surulere area of Lagos. The animal which is being debated whether it’s a medium-sized African wild cat known as the Serval or a nocturnal mammal known as Civet  -shocked residents of the area who took pictures of it and uploaded them online. 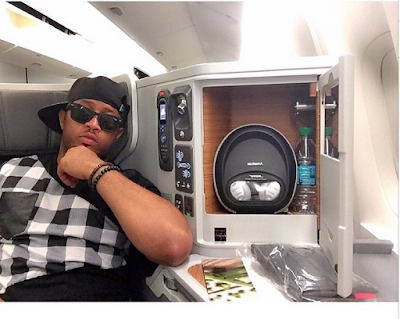 Nollywood eminent actor, Mike Ezuruonye has been gifted with a Malivelihood custom Made 24k Matt Gold Beats. The headset which was given to him by the Malivelihood boss himself, Michael Awujola, was finished with Sapphire with custom made inscription Mikeezu in Gold Design. Nice. Photos below; 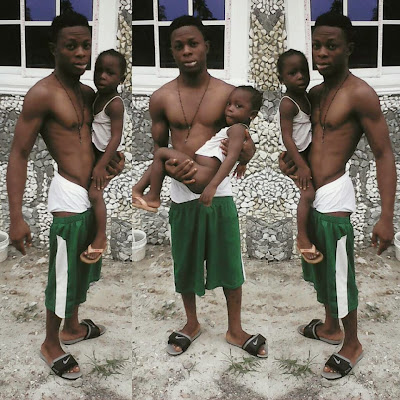 Maybe he was trying to pose like American rapper, Lil’ Wanye. Nigerians have taken their frustrations and complaints online after being angered by the above photo which they label as child abuse. The boy simply identified as Olumide took a picture of himself almost stripped down with an under-aged girl half-naked (maybe his sister). Nevertheless, he posted the picture on Facebook and was probably expecting to get over 100 likes (lol) but rather he got hot backlashes  from friends for the post. The enraged have notified Facebook authorities of the post and have posted the boy’s photos on Twitter. 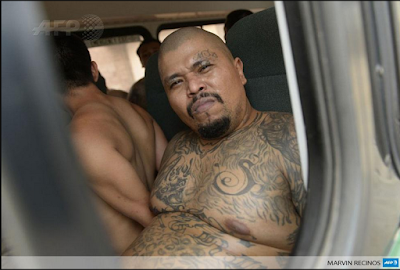 If only looks could kill. Pictured above is a gang banger was was recently arrested alongside other hoodlums in El Savador. And that’s the scary and ‘I’ll kill you look’ he gave the photo journalists who came near to take his picture. 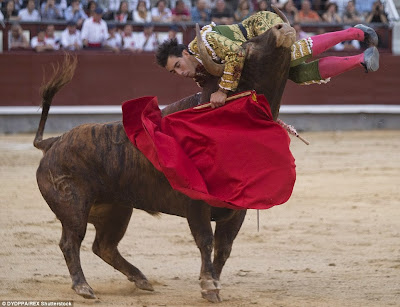 This is the shocking moment a bullfighter was gored in the neck during a gruesome fight in the latest in a series of bloody incidents in the sport. Jimenez Fortes was competing at the San Isidro Bullfight Festival in Madrid, Spain, on Thursday when he was thrown from a bull and injured in the right hand side of his throat. Although spectators saw him walk from the stadium it is thought he has been left with serious injuries.
Culled from Daily Mail 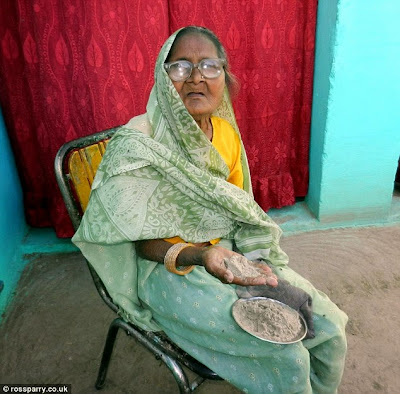 A 92-year-old Indian woman who admitted she eats a kilogram of sand every day has amazed doctors with her perfect health. Sudama Devi first ate sand for a bet with friends when she was aged just ten. But the mother-of-four, from Kajri Noorpur, became addicted to the grit and now eats four plates of it every day.She claims the unusual habit, which saw her eat only sand for dinner following her wedding to husband Krishan Kumar, is the reason she has never had to visit a doctor or be hungry. One local from the village described Mrs Devi as ‘fully physically fit’.’She has no disease in her body,’ they said. ‘Without sand she does not feel hunger.’It is surprising Mrs Devi has good fitness and does not suffer any serious illnesses, doctors said. 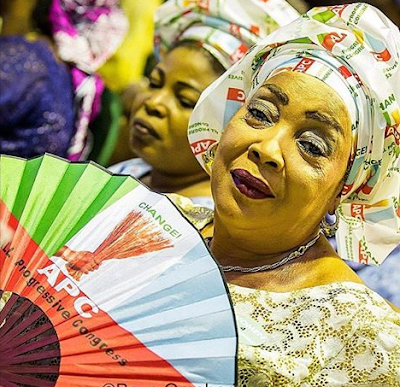 Change is really needed here Madam. One can’t actually differentiate the real color of this APC stalwart whose makeup is out of the ordinary. 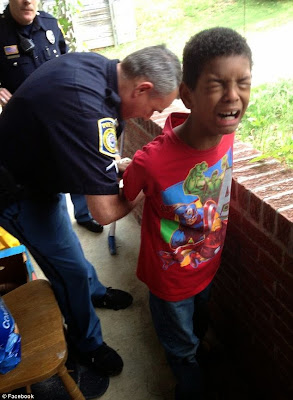 It takes only a strong minded mother to do this. A mother from Georgia, ‘shocked” the world and her son after she called in local police to arrest her 10-year-old son over his misbehavior in class. The mother, Chiquita Hill, 33, said her son’s fifth-grade teacher told her that her boy, Sean, was ‘rude and disrespectful, not listening, talking back, not doing his school work.’ Before she decided to take the drastic action. Cops arrived and pretended to arrest him, sticking him in the back of a police car, while he cried like a baby that he is. The mother said that she pulled the stunt on the youngster because she believed she had run out of options when it came to his behavior. 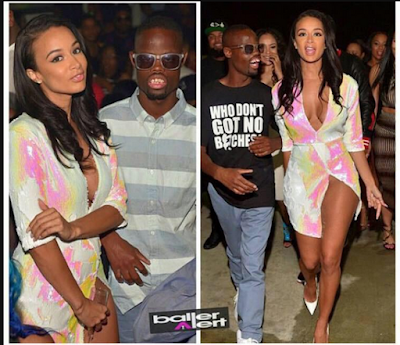 The real MVP…Rate the possibility of this being possible. Two things are involved with point one being feasible.   1. With computers and modern software, one can achieve his dreams and heart desires.   2. With a boxed up packaging (cash), the ladies would flock around him ceaselessly. 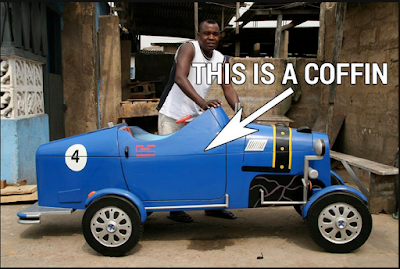 These are specialized custom made coffins from Ghana, which allow the deceased to be buried in everything “they would dream of” -ranging from a massive hen to a bottle of coke. The ‘fantasy’ coffins have become internationally famous for their unusual designs.
Photo credit; Kambou Sia/AFP/Getty Images

See What Happens When A Monkey Meets A Fine Girl In The Zoo. Photo