Over 30 people were wounded yesterday when some traders at the Onitsha Bridge Head drug market tried to stop their leaders from closing the market. The market was to be closed to enable the traders attend the ongoing seminar being conducted for them by the Pharmaceutical Council of Nigeria. 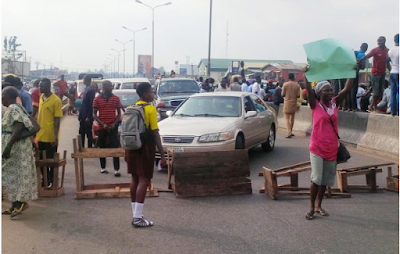 The crisis would have resulted to blood bath but for the timely intervention of the Divisional Police Officer, DPO, in charge of Fegge Division of the Nigerian Police Onitsha, Mr. Rabiu Garba who mobilized his men and personally visited the market to address the warring traders. Garba expressed displeasure that the leadership of the market did not inform him before making announcement of the closure on Thursday, neither did they inform him that the market was actually closed, before crisis erupted. The ongoing seminar which many traders refused to attend was said to be in preparation for the traders’ movement into the Coordinated Wholesale Center, CWC, for drug distribution, following Federal Government’s directive that there will not be open drug sale by end of July this year. However, trouble started in the market on Thursday at about 4.00pm when the leadership of the market sent some people to announce to the traders that the market will not open on Friday, but the announcement was rejected by some traders with counter announcement. This resulted to a clash that led to 30 people being injured between the two groups.

Robbers Kill Pastor And His Wife, On Their Way From Convention. Graphic Pics