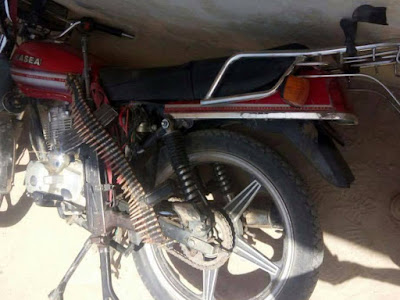 While advancing, the troops came in contact with some elements of the terrorists suspected to be in staging area to lay ambush for troops along Ajiri-Dikwa road. The patrol team engaged the terrorists and neutralized one of them and recovered an AK-47 rifle, 1 Magazine, 47 rounds of 7.62mm (NATO) ammunition and belt links. Unfortunately one soldier sustained injury during the operation. 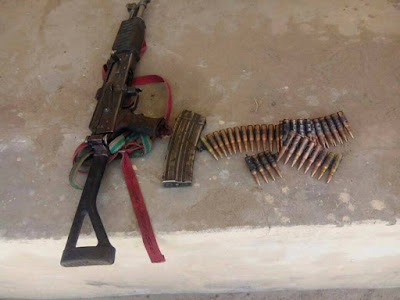 The gallant soldier has been evacuated to military hospital and he is responding to treatment. Thank you for your kind cooperation. Brigadier General Sani Kukasheka Usman

See How These Students Posed For Their Graduation Photos In Style..

Meet The 18-Year-Old Girl Who Wants To Sell Her Virginity So She Could Fund Her Studies. Photos

Fuel Scarcity; White Man Enjoys Himself As He's Transported In A Danfo Bus In Lagos. Photo