The men of Ogun state police command has arrested two men namely Adigun John a.k.a akoto and Idowu kalejaye for armed robbery. The two men were arrested on the 23rd Of March following a distress call received by policemen attached to Ogijo Divisional Headquarters that robbery operation was going on in a bakery at Eyita area consequent upon which the DPO SP Tijani Muhammad led his Anti robbery team to the scene and engaged the robbers in shoot out. 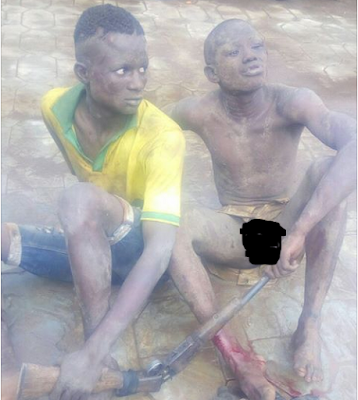 At the end of the encounter, the two suspects were arrested one locally made cut to size gun was recovered from them. The suspects robbed the owner Of the bakery one Taiwo Ogunyemi of sum of two thousands naira and a Nokia handset, they also robbed a customer one Bose Agboola of the sum of fifteen thousands naira. The commissioner of police CP Ahmed Iliyasu has ordered the immediate transfer of the suspects to FSARS for discreet investigation. 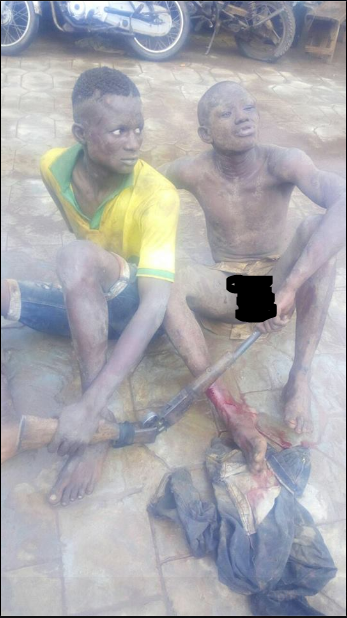 Governor Ajimobi And Customs Boss Walk Hand In Hand During A Visit To Oyo State. Photo